While relatively rare on the island, this plant can grow up to 2 meters tall and is hard to miss.

Great Mullein has a low tolerance to competition from other plants, but its seeds can remain viable for extremely long periods (more than 100 years), allowing it to quickly flourish after ground is cleared.

Great Mullein had many uses in herbal medicine, mostly for treating coughs and skin conditions. It was also used to make dyes and torches, and was cultivated throughout the world.

Verbascum thapsus has a great many common names, including "Aaron's rod", "Old man's blanket" and even "Cowboy toilet paper". The Manx name is "Cainle-Woirrey", which means "Mary's Candle".
Click here for more information about Great Mullein 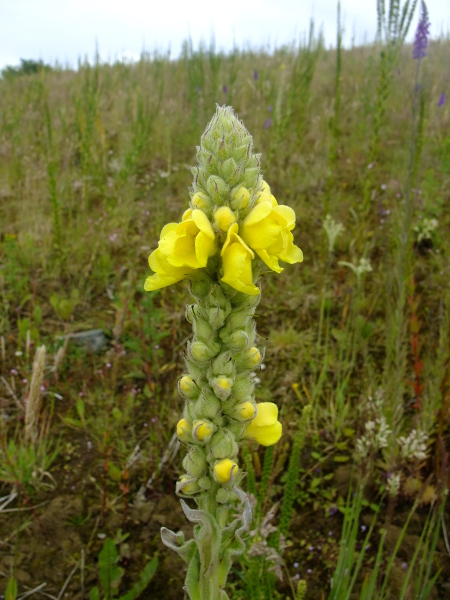 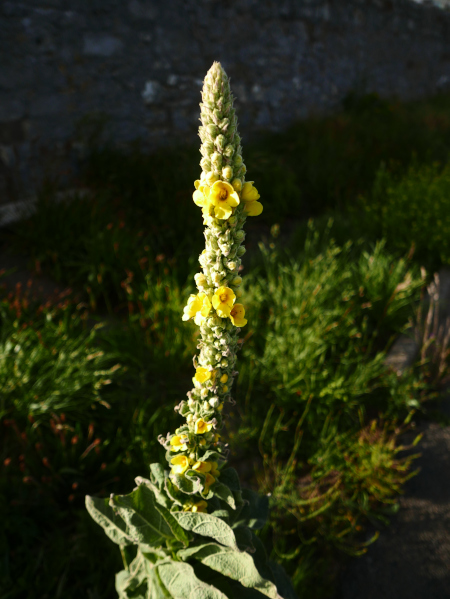