A rare sight on the island, it can be found on roadsides and in grassy places.

Chicory has been cultivated both for its leaves and its roots, both of which are edible. The roots have also been used as a substitute for coffee and as a sweetener in the food industry.

Chicory also contains chemicals that are effective in treating worms and parasites in farm animals, so it is sometimes deliberately planted in pastures.

Chicory has many other common names, including Wild Endive, Succory and Ragged Sailors. Its Manx name is "Lus y chugyr", which means "Plant of sugar".
Click here for more information about Common Chicory 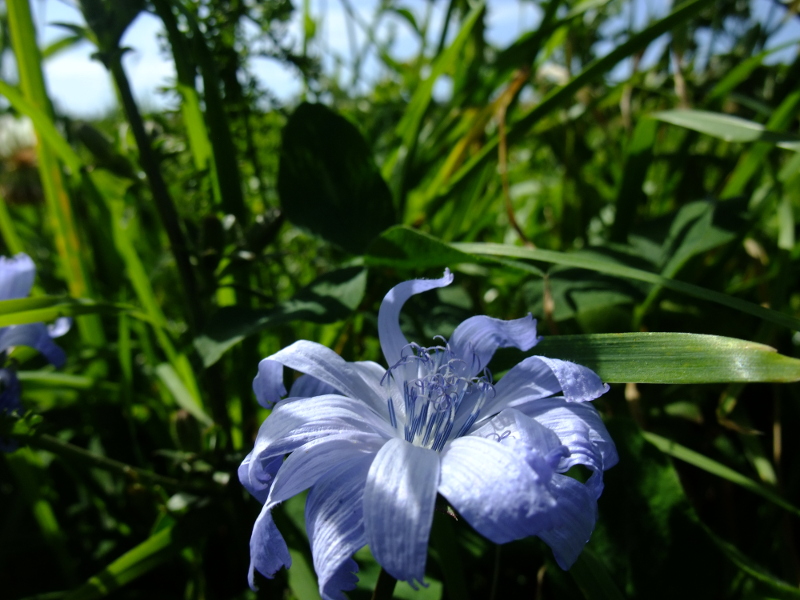