A common sight across the island, most people are familiar with dock leaves as a cure for nettle stings, though whether they really work is a matter of debate.

Like other dock and sorrel plants, Broad-Leaved dock is edible but contains oxalic acid which should be avoided in large quantities.

This plant is considered an injurious weed under Manx law and must be kept under control by landowners.

The Manx name for this plant is "Cabbag lhean", which means "Broad cabbage".
Click here for more information about Broad-Leaved Dock 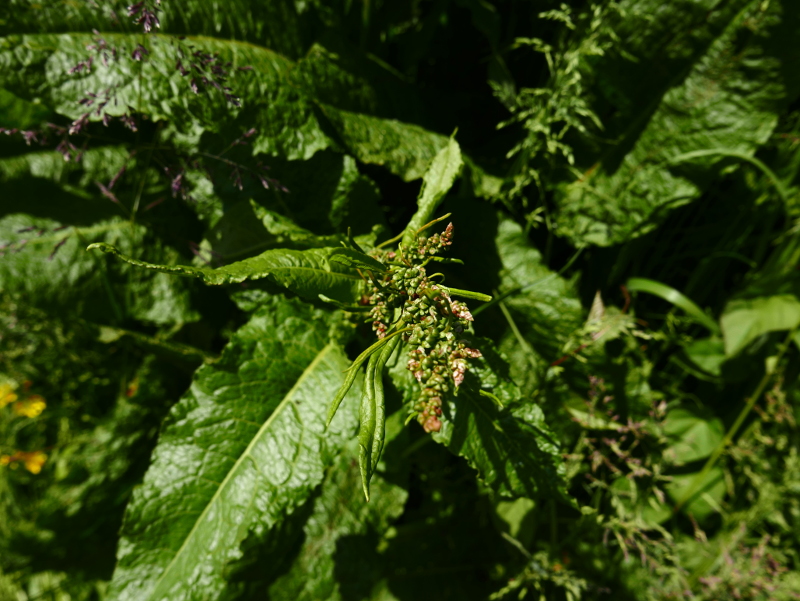