This plant was traditionally worn to Tynwald Day, but can be rather hard to find in the wild in the present day, perhaps because of its popularity in the past. It tends to be found on the coast and can be seen in Peel, Castletown, Port Erin but is most common in the north of the island, particularly near Ballaugh and Jurby.

Mugwort was used traditionally to flavour ale, and was also used in herbal medicine to treat fevers. It can be toxic in large quantities.

This plant has many other names, including "Wild Wormwood", "Sailor's Tobacco" and "Naughty Old Man". The Manx name for this plant is "Bollan bane", which means "white herb".
Click here for more information about Mugwort 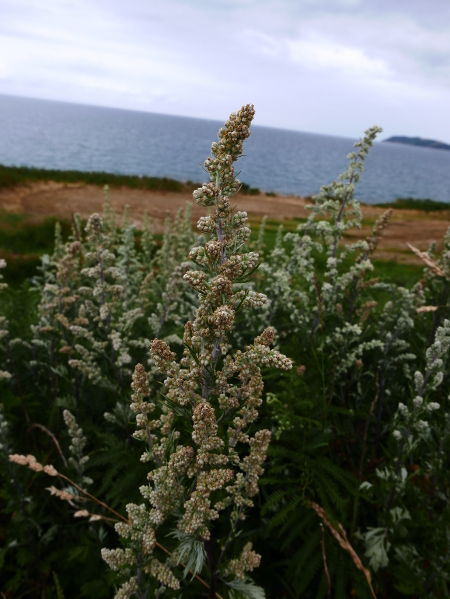 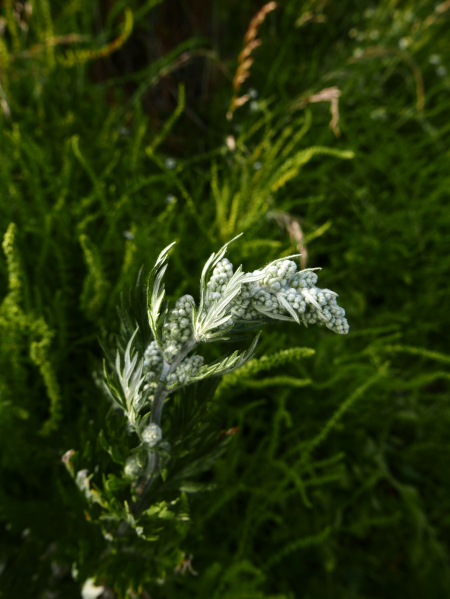