This plant is very similar in appearance to the Common Bird's-foot Trefoil (Lotus corniculatus) and Meadow Vetchling (Lathyrus pratensis). Its relative size and the shape of its leaves should help to distinguish it from similar plants.

This plant is poisonous and contains hydrogen cyanide, but it is unlikely to be dangerous in small quantities.

The Manx name for this flower is "Crow-ein curree", which means "marsh bird's-foot".
Click here for more information about Greater Bird's-foot Trefoil 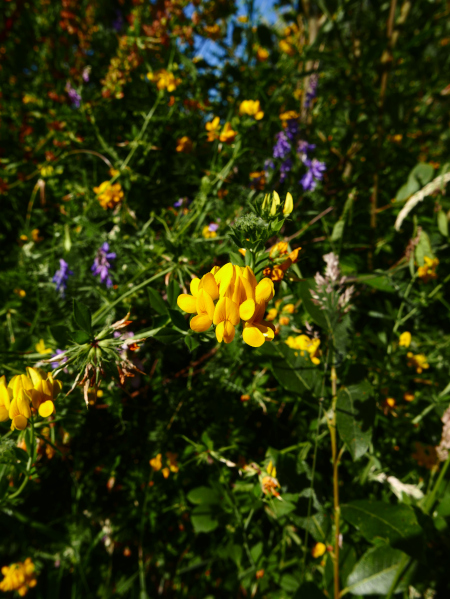