This is one of several species of bindweed that can be found on the island. It can be distinguished by its smaller size and delicate pink colouring and is usually found growing along the upper seashore.

Sea Bindweed is relatively uncommon on the island and is mostly found in the north, though it can also be seen at Niarbyl and Derbyhaven.

Sea Bindweed is also known as "The Prince's Flower" because it was once planted by Prince Charles Edward Stuart. Its Manx name is "Kiangleyder traie".
Click here for more information about Sea Bindweed 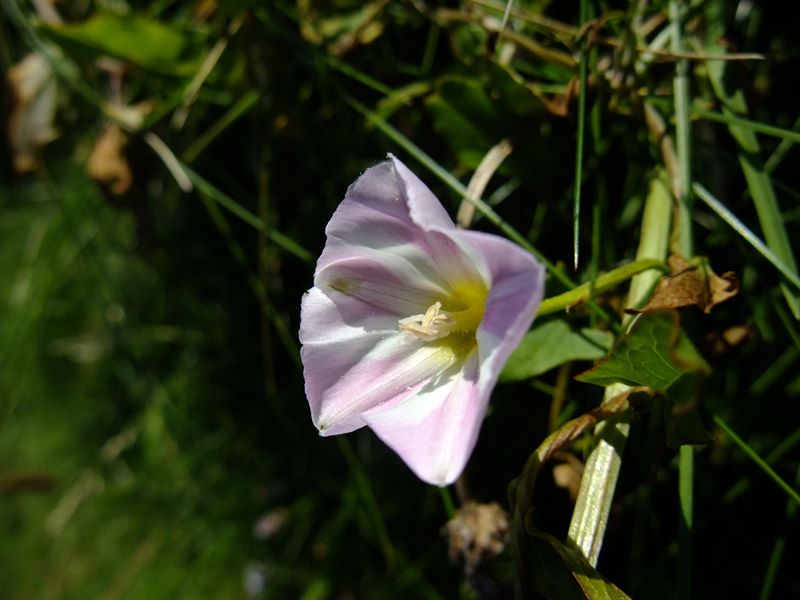 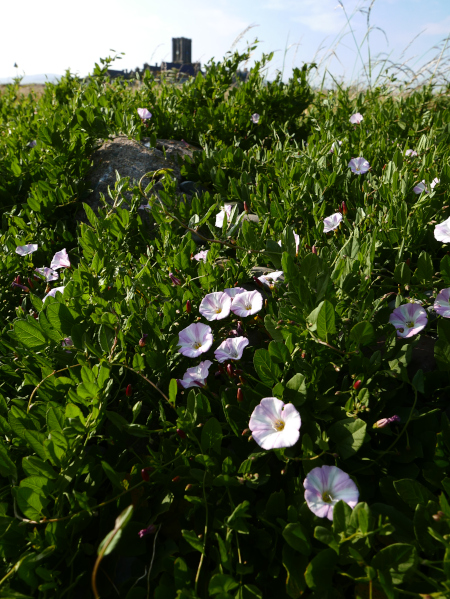