Called "Royal" because of its size, the name "Osmunda" may originate from a Saxon word for the Norse god Thor.

Royal ferns are abundant in the Ballaugh Curraghs and can also be found elsewhere on the island, preferring damp habitats.

In Slavic mythology, the 'flowers' (sporangia) of this plant are said to have magical powers.

Like many other ferns, the young, curled shoots of this plant are edible and known as 'fiddleheads'.

The Manx name for this plant is "Renniagh reeoil".
Click here for more information about Royal Fern 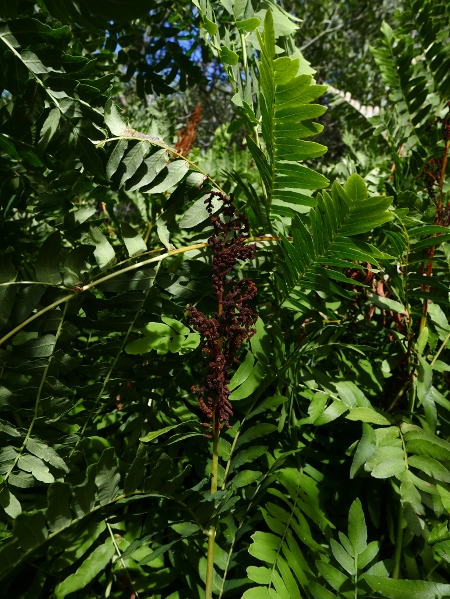 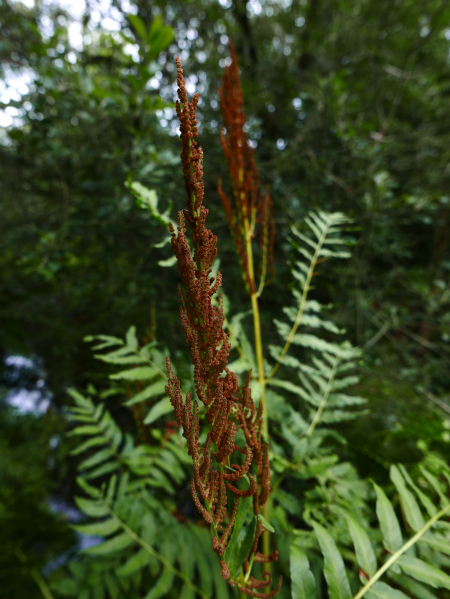