Also known as "Winterbloom", this flower appears in the coldest months of the year.

Native to North America, this plant was first introduced to the British Isles in the 18th century. It quickly became popular as an ornamental plant.

While rarely seen in the wild on the island, this plant's explosive seed pods can propel seeds up to 10 meters away, allowing it to escape from gardens.

Witch-hazel is well known as a medicinal plant, and was first used by the native Americans to treat swelling and inflammation.
Click here for more information about Ozark witchhazel 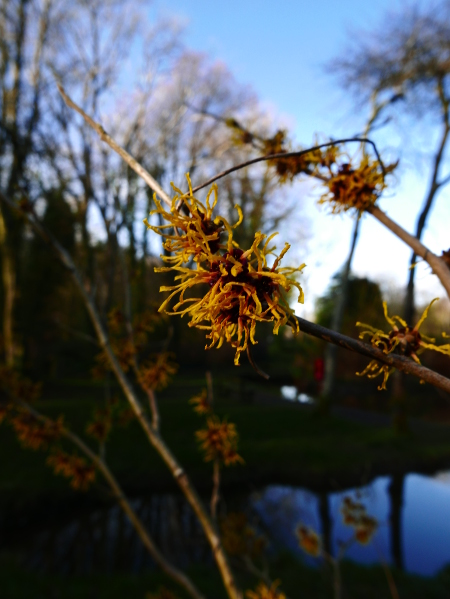 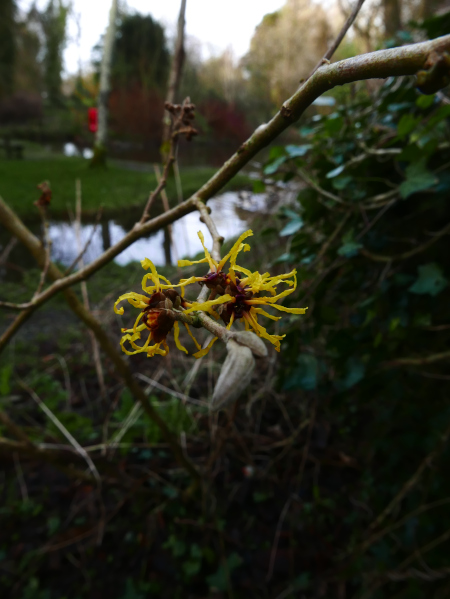