Hawthorn bushes and trees are easily spotted in May, when they are covered in white flowers. They are very common on the island and can be found everywhere.

Hawthorn flowers have a strong scent that many find unpleasant, leading to names such as "Corpse Flower". The young leaves and berries are both edible, but folklore also considers eating them to be unlucky.

The Manx name for this flower is "Drine Bane", which means "white thorn".
Click here for more information about Hawthorn 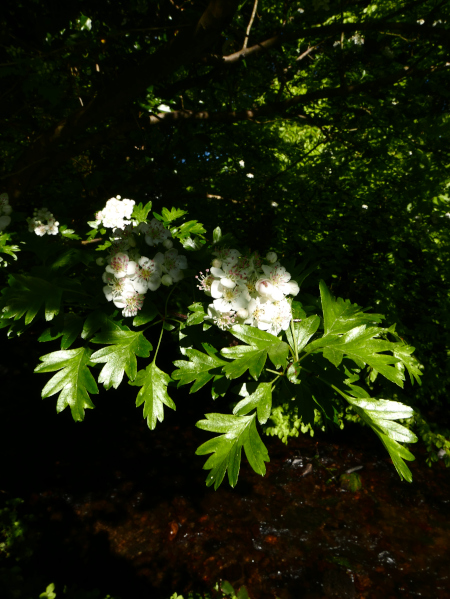